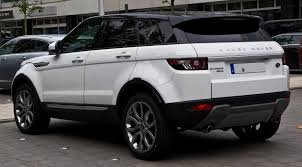 Blac Chyna may have just bought Mechie a Range Rover. The former exotic dancer turned reality star was seen at a luxury car dealership with her new beau where allegedly an individual who works for the dealership that is located in Calabasas, California was overheard telling Blac Chyna that the new car would be there soon. The couple were wearing “Dolls” hats and a black tee with a picture of the “Clueless.” The purchase from Calabasas Luxury Motorcar, where Scott Disick also purchases his luxury cars from, is kind of ironic. Blac Chyna had purchased a Range Rover for her former fiancé Rob Kardashian before he went on his social media tirade.

In the tirade Rob Kardashian accused Blac Chyna of cheating on him, as well as abusing drugs and alcohol. The two have a daughter together by the name of Dream, and Blac Chyna states that despite being the mother of his child Rob Kardashian has hit her and broken doors. Additionally, in his tirade, he uploaded sexually explicit nude photographs of Blac Chyna for his 10 million followers to see.

This prompted Blac Chyna to seek a P.O.P. or a personal order of protection against Rob Kardashian. This serves as a temporary restraining order to keep her safe. She also hired an attorney by the name of Lisa Bloom to help her press charges against her former fiancé. The attorney released a statement that said, “I am very proud to represent Blac Chyna as she stands up for her rights as a woman and as a mother against her ex, Rob Kardashian.” It continued, “Yesterday Chyna retained me, and today we filed for temporary restraining orders to protect her rights. Mr. Kardashian, you are now on notice: revenge porn is illegal. Cyberbullying your ex is harassment.” The statement added, “Chyna ended your relationship months ago and she has the right to live as she chooses, work as she chooses, dress as she chooses, date who she chooses, and be intimate with who she chooses. Chyna and I both believe that this is an important women’s rights issues, as too many women and girls have been slut-shamed by exes. It stops now.” It closed with, “Your attempts to shame and control her body are hereby rejected. Her body, her choice. Her life, her choice. Back off. ”

Blac Chyna opened up about her response to the photos. She said, “I was, like, ‘No. I can’t believe it. I thought, ‘What’s he going to do now? What’s next?’ I didn’t need a crazy fan trying to come and hurt me or my kids because of this.” She continued, “The people that I actually care about, my family and friends, they’re all I worry about. I’m not going to sit here and hide in my house over somebody else being hurt or jealous or insecure.” Blac Chyna went on to say that, “Words are words, but once you start posting actual pictures, then that’s just not right. It’s actually against the law. If I was to go and do a very artsy, high-end photo shoot exposing my breasts, that’s my choice.” She finished by adding, “This is my body. It’s my right. Once somebody else does it, it’s just not right. I’m hoping that somehow, some way, this will let potential revenge-porn posters know, ‘Don’t do it.’”

Despite all the rumors of Mechie and Blac Chyna breaking up the two appear to be doing just fine. They have been spotted attending a club by the name of Ace of Diamonds together in West Hollywood. They also have been seen FaceTiming one another after Blac Chyna left a salon in a black hoodie. Additionally the couple has been seen making out and retail shopping.

The Jenner- Kardashian Brood, Breaking Up.

Her powers have grown stronger and are harder to control: Believe