This is real. This is them. They’re exactly where they’re supposed to be…

Camp Rock fans rejoice and tear up a bit as Demi Lovato was surprised by Joe Jonas on stage at Nick and Demi’s Honda Civic Tour stop in Washington D.C. The long awaited reunion of the Disney duo sang ‘Gotta Find You’ and Demi’s on-screen, breakout hit ‘This is Me.’

Don’t worry if you missed the duet! Joe commemorated the affair on Instagram as he posted a photo of he and Demi hugging on stage, thanking both Nick and Demi for having him. As if they’d pass up a Mitchie Torres and Shane Gray reunion. Millennials swoon everywhere.

Fanning the fans’ flames was Lovato as she commented on Joe’s photo, “Love you,” followed by a heart emoji.

Sharing the stage with @nickjonas and @ddlovato in DC last night! Surprising Demi with Gotta find you was something I will never forget! Thanks for having me guys! Amazing show you two put on. Proud to have such talented wonderful people in my life.

This wasn’t the ‘Cool For the Summer’ singer’s only flirty Instagram feed. Just two weeks ago, Joe posted a photo of a D.N.C.E performance in San Diego. After sifting through the hundreds of comments, fans found that @ddlovato had posted, “Excuse me sir, can you show me where the gun show is?”

He explains, “We’ve known Demi for so many years. We’ve performed with her, toured with her. She’s just incredible.” But alas, “Sometimes you have to know when to fold the cards. I don’t think of her as an ex. We’re really good friends. We’ve gone through so much together and we’re really close now.”

We’re sure these assertions of a familial relationship won’t extinguish the rumors of the duet’s romantic reunion. After all, Demi’s break from longtime boyfriend Wilmer Valderrama and Joe’s single status has to mean something, right?

Disney fans everywhere are thanking you, Demi and Joe, for giving us a reason to be singing. And they’re insisting let us stop all this ‘I gotta find you,’ business, Joe. You’ve found your Mitchie, let the Jemi supporters rejoice.

Hailing from Ewing, I'm a Jersey girl through and through meaning endless bagels and constantly defending the state from the stereotypes of Snooki and the rest of the Jersey Shore cast. I love the red carpet of any and all award shows and shamelessly indulge in Fashion Police the next day with an even greater intrigue. I'm an avid Netflix binge-watcher, but could also be perfectly content traveling around Europe with a few of the classics and a map in my bag.

Adam Sandler and Bob Barker Reunite – and Yes, They Duke it Out! 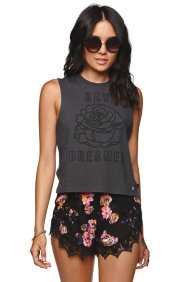