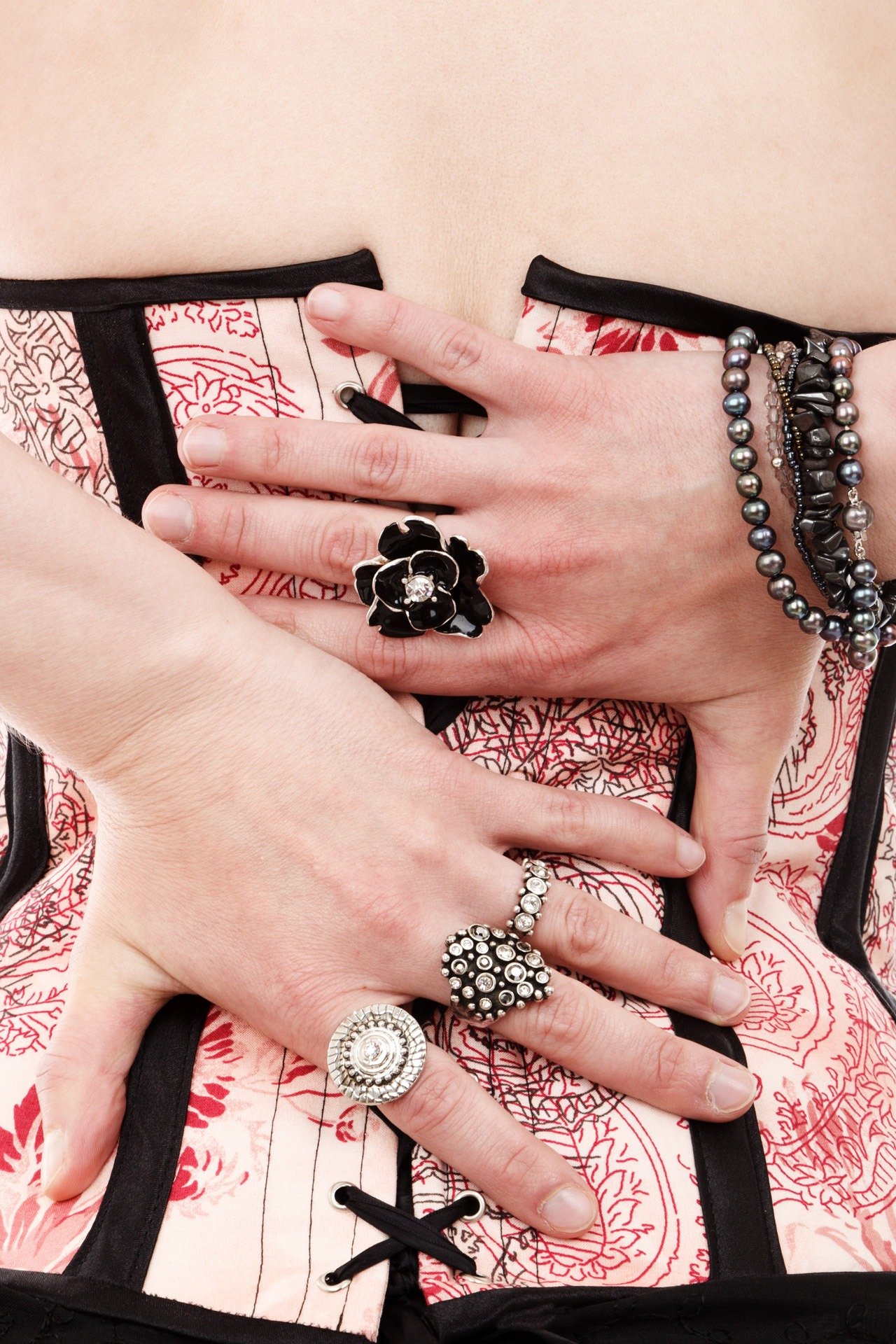 Picking out an outfit in the morning can be a tiresome task. Does this match? Will I be too cold? Too hot? Too dressed up? There is a lot of questions that could go running through our heads when finding the perfect pieces to wear on any particular day. One big question that may run through someone’s head is whether or not they want the outfit to be comfortable or not. Some people may sacrifice comfort for style and wear those dreadful heels that give the worst blister. It is said that pain is beauty, but how uncomfortable are you willing to be to look good?
One trend that has caused discomfort in the past is corsets. They are known for sucking your stomach in so tightly and squeezing your organs to the point of not being able to breathe. These garments first started in the Renaissance period and then appeared again during the Victorian era. They represented the pressure of women wanting to have the perfect hour glass shape. If these corsets were on tight enough for an extended amount of time, they would permanently alter the shape of a women’s body. This piece of fashion could be viewed as one of the most controversial pieces to this date because of the meaning behind them.
Real corsets are laced and boned so that they can support the bust and act as a waist clincher. When wearing this garment, it would bring your waist in real tight with your chest pushed up high. They were only in fashion for small periods of time and eventually died down in the 20th century. Especially during the First World War, women needed outfits that were comfortable and provided movement for when they went to work. But just recently, this trend has seen a comeback in the new fall 2016 Prada Collection. In this collection, the corsets that were part of the clothing were loosely laced and placed over top of menswear garments. The message to get across from them was that corsets can be worn to show womanhood without being to body-restrictive.
Even with other designers finding this new trend something to bounce off of. But there are many people that still feel uncomfortable about seeing them come back in style. Corsets still have that harsh symbolic meaning of women having to look a certain way to be beautiful. Feminists especially are uneasy on the issue, but designers say they are trying to show them in a more comfortable way. They are trying to pair the corsets with more less constraining garments to make it more of a daywear fashion. And these corsets that are being worn are not to modify the body but rather just emphasize the women’s features without putting to much pressure on them. It is a way to show empowering womanhood without having to alter specifically the way a woman looks.
Many celebrities have been seen sporting this latest trend. One in particular seen in the streets rocking a corset was no other than Kim Kardashian. If we know anything about Kim, it’s that if there is a new style trend emerging then she will be one of the first to try it out. And she represented this new style with perfection and just how many designers were envisioning it. She paired a looser fitting corset with sweats and a puff jacket and made the style one you could causally walk the streets in. This keeps up with the idea that corsets can be worn today as part of fashion without being used as a way to shape your body, but rather for a comfortable outing.

Personalize Yourself: Finding Your Signature Piece of Jewelry

The New Way to Bustier