Lana Del Rey’s music has a unique sound that echoes of times past and yet resonates with today’s youth. In reflections of her songs, Del Rey’s music videos are the visual realization of that time transcendence. She’s Nancy Sinatra one moment, and then you’re reminded she grew up on hip-hop. Manifesting pop-culture nostalgia and a homage to the history of music and film, Del Rey encompasses an air of story telling that captures observers on several angles. Her reverence for mid-century icons, beat culture and Americana deliver the melodramatic craft that Del Rey is now known for.

Del Rey’s style is undeniably inspired by older generations. Seemingly filmed under an evocative-type filter, the singer-songwriter’s videos showcase coming-of-age mischief, struggles, exploits and hopes via a whirlwind of dreamlike sequences that convey them as short films. In an era of post-MTV music videos, few artists are still recognized for the artistic visual narrative of a song –Del Rey is part of that handful.

For the most part, Del Rey regularly names or portrays music and Hollywood legends of the 50s and 60s. Proclaiming herself the “gangsta Nancy Sinatra,” Del Rey looks the part with her unmistakable retro style and expansive long wavy hair –not to mention she even covered Sinatra’s “Summer Wine.” In “National Anthem” Del Rey controversially pushed the historical realm by looking like both Marilyn Monroe and Jackie Kennedy –with A$AP Rocky as JFK. Del Rey not only reflects this era of pop-culture through her retro style and makeup but by acknowledging the immense influence from others like Elvis and James Dean in her music. In her song “Blue Jeans” the lure of a man that reminds her of Dean -perhaps because of his blue jeans and white shirt reminiscent of “Rebel Without a Cause”- raptures her.

Then there is the palpable lyrics, “Elvis is my daddy, Marilyn’s my mother,” for her song “Body Electric,” transmitting the influence of both prominent figures in her life and music.

The impact of the beat generation is unmistakably present in this current era and Del Rey -through her art- exhibits the lifestyle of living spontaneously and under her own rules. Resonant with beat literature like Jack Kerouac’s “On the Road,” Del Rey’s songs promote the explorative soul that poetic, romantic and fast paced. She chooses to convey a lifestyle of eternal summers –most of her videos are in the outdoors occurring in seemingly great weather- where natural ecstasy, seduction and occasional destruction live. The energy of the beat culture derives from the natural high of impulse and poetic endeavors which Del Rey notably illustrates with “Ride.”

Beginning with Del Rey reciting a poem she wrote and continuing into the song itself –this combination arouses dreams, risk taking and wanderlust. Her melodramatic approach explores the allure of living on your terms and craving the rush of the road. In the video she romanticizes Americana, something not new to her –considering her evident love for American icons also includes Coca Cola and muscle cars. In the scenes she explores LA streets, motels and beaches as well as the California deserts. She does this both alone and with relentless sensual relationships with older bikers who are seemingly strangers, and shows a culture’s innate desire to live on an edge where nothing or few things scare them. Most recently her song “Brooklyn Baby” recognizes the new era of beat culture and the importance of young love, music, poetry, bohemian style lifestyle and a life lived without caring what the rest of the world says.

The polarizing effects of Lana Del Rey’s music and videos -or short films- consistently acknowledge that everything of the present is rooted in the past. Her personal and artistic connection to iconic pop culture, Americana and a free-spirit behavior will continue to embody her image and garner the attention of a generation who craves the life she portrays.

I enjoy wandering and getting lost because that's the only way to discover new aspects about people, places, things and most significantly myself. I find inspiration in the various elements of travel, history, sports, fashion, music, movies and food. Writing is one of the most rewarding means for me to share my enthusiasm for the details of those inspirations.

James Wan May Produce a Reboot of Mortal Kombat

Meagan Good is Not The New Olivia Pope 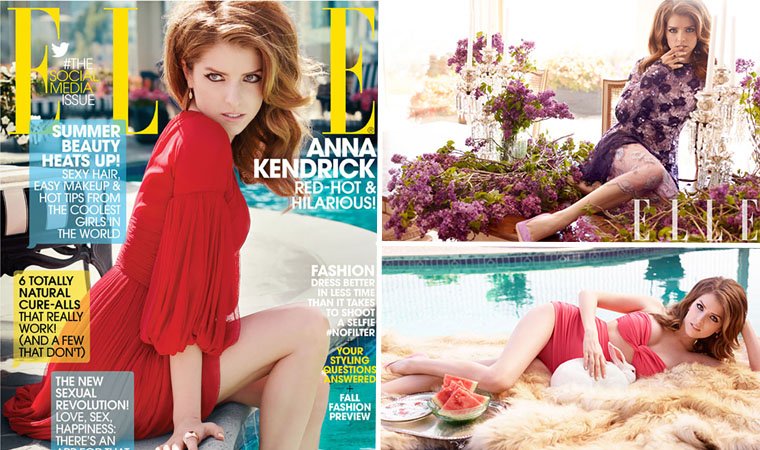 Feeling Stressful? Watch this Dover Police Officer “Shake it Off”